Seven year old Bana and her mum made a big mistake in an interview with turkish broadcaster TRT (February 2017). In their terrible English, they said that Bana didn’t read J.K. Rowling’s Harry Potter in Aleppo in Syria (and they just bought an eBook reader in Istanbul). The western propaganda showed other pictures and made the girl with the eBook a propaganda meme.

CNN, April 14th 2017, two months AFTER this interview: „J.K. Rowling, the British author of the Harry Potter series, responded by sending Bana eBooks of the entire series. Just a few days later, Bana shared a photo of herself and her two younger brothers, Mohammed, 5, and Noor, 3, reading one of the books.“. Including this Tweet from November 24st 2016: 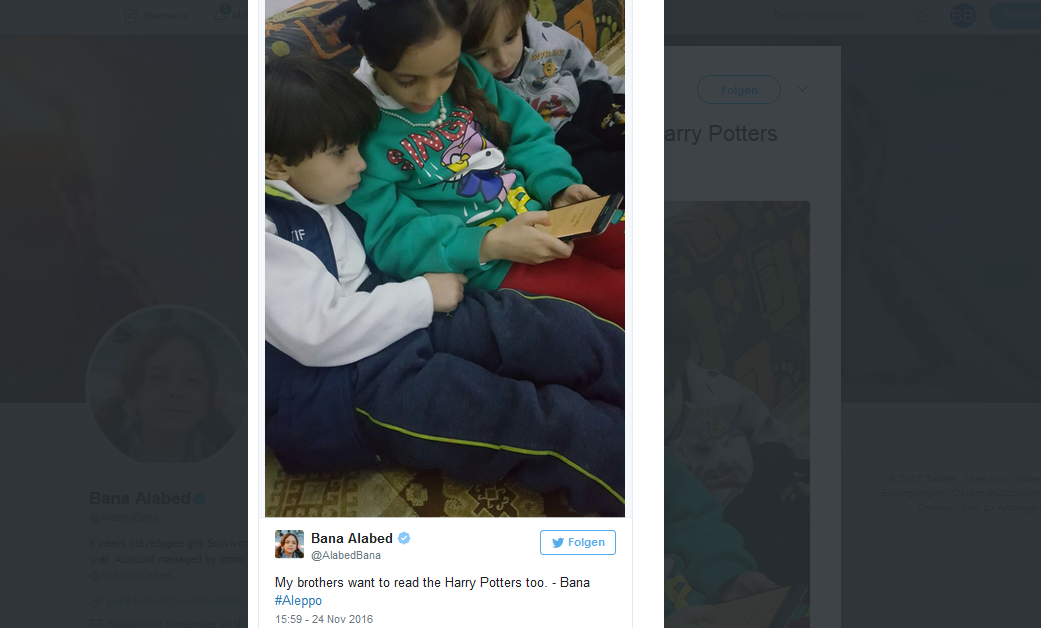 More about Bana Alabed:
The Crucifixion of Bana Alabed
Unravelling “Bana”: a Response to Bellingcat’s Article “Finding Bana”
SYRIA: Child Exploitation: Who is ‘Bana of Aleppo’?