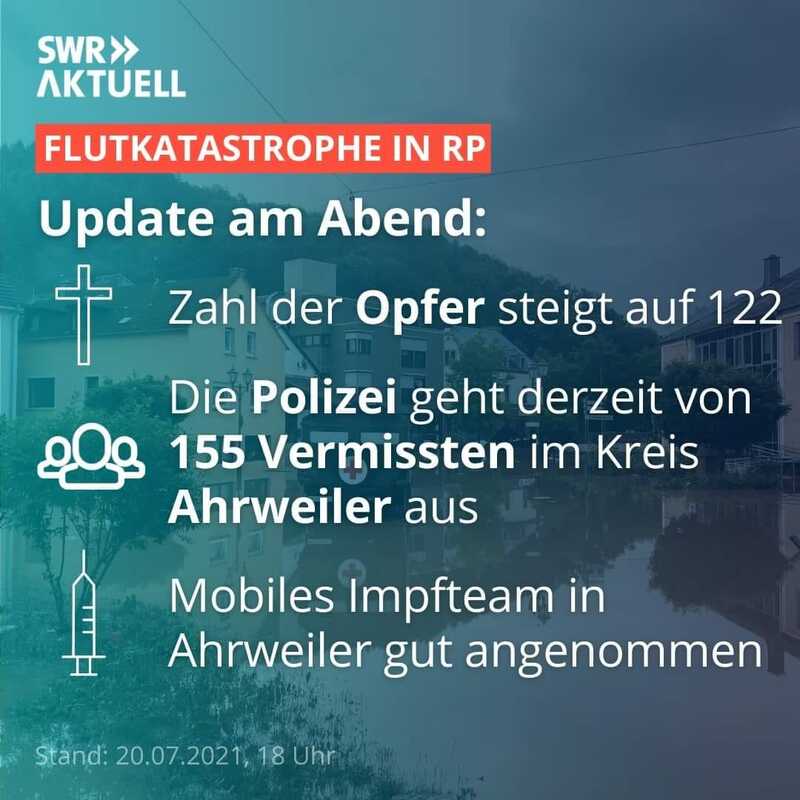 „When the flood comes, a chain of horrified screams blows through the alleys. Then literally dead silence. Until now, the bodies of flood victims are still being recovered from the mud that is everywhere. Volunteers recover the bodies of twenty drowned people from a church. The count of unfortunate drowned has passed the 200 mark. With thousands still missing, we must be prepared for many more fatalities to come. The Ahr valley is destroyed like after a bombing raid. (1).

What is surprising is that the eyewitness reports are too numerous to be random snapshots. From the mosaic of eyewitness reports, a picture emerges of a failure on the part of the authorities and the media to provide assistance on a monstrous scale. Certainly, units of the technical relief organization and the fire departments have been spotted on site. But that is the exception rather than the rule. In many places, no help has apparently arrived over the days. THW and fire department platoons rushed in from other states have been sent home again. The relief services need the deployment order from the local administration to get going.

This permission was often not granted for unknown reasons. Occasionally, firefighters then went to the accident sites on their own initiative and helped as private citizens. The bulk of the emergency aid came from farmers and contractors, who rushed to the Ahr Valley in large numbers with their optimally suited machinery. All this was done on their own initiative and at their own risk. But even these excellently suited emergency helpers were repeatedly disrupted in their work by units of the police. Masked policemen in civil war fatigues closed off rescue routes and demanded that the helpers comply with the Corona rules. The representatives of the authorities disrupted rescue operations no differently than drunken village idiots.

For now hydrologist Hannah Cloke of Reading University in the UK has gone public. She accuses the German government of ‚monumental failure‘ of communication channels (7). Ms. Cloke knows what she is talking about. For she is one of the co-founders of the European Flood Awareness System, or Efas. This flood warning system is linked to the European Union and evaluates the findings of satellite systems such as Columbus in order to determine in model calculations when river water can accumulate into dangerous floods.

Hannah Cloke in a press statement: ‚People should have been given warnings, they should have understood the warnings. There’s no point in using giant computer models to predict what’s going to happen if people don’t know what to do in a flood.‘

The Copernicus Network has documented in detail how, since July 10, 2021, urgent warnings have been issued daily from their side to the governments of the affected countries Germany, Switzerland, Belgium and the Netherlands (8). On inquiry with the federal press conference the government spokesmen could not begin with the term ‚Efas warning system‘ at all (9). One considers that here not any self-proclaimed institution any warnings spent, but an mechanism of the European Union installed also by German taxpayers for their protection European-wide. These warnings even have a certain binding force for the Merkel government.“