Scientific evidence seems to have no value anymore. And even when people see the truth with their own eyes, they now refuse to acknowledge it because it has been virtually forbidden to them with all kinds of psychological manipulations. Most of the time, however, breathtaking findings only get through to a few people. In view of the pictures shown in this article, only – once again – complete bewilderment remains. 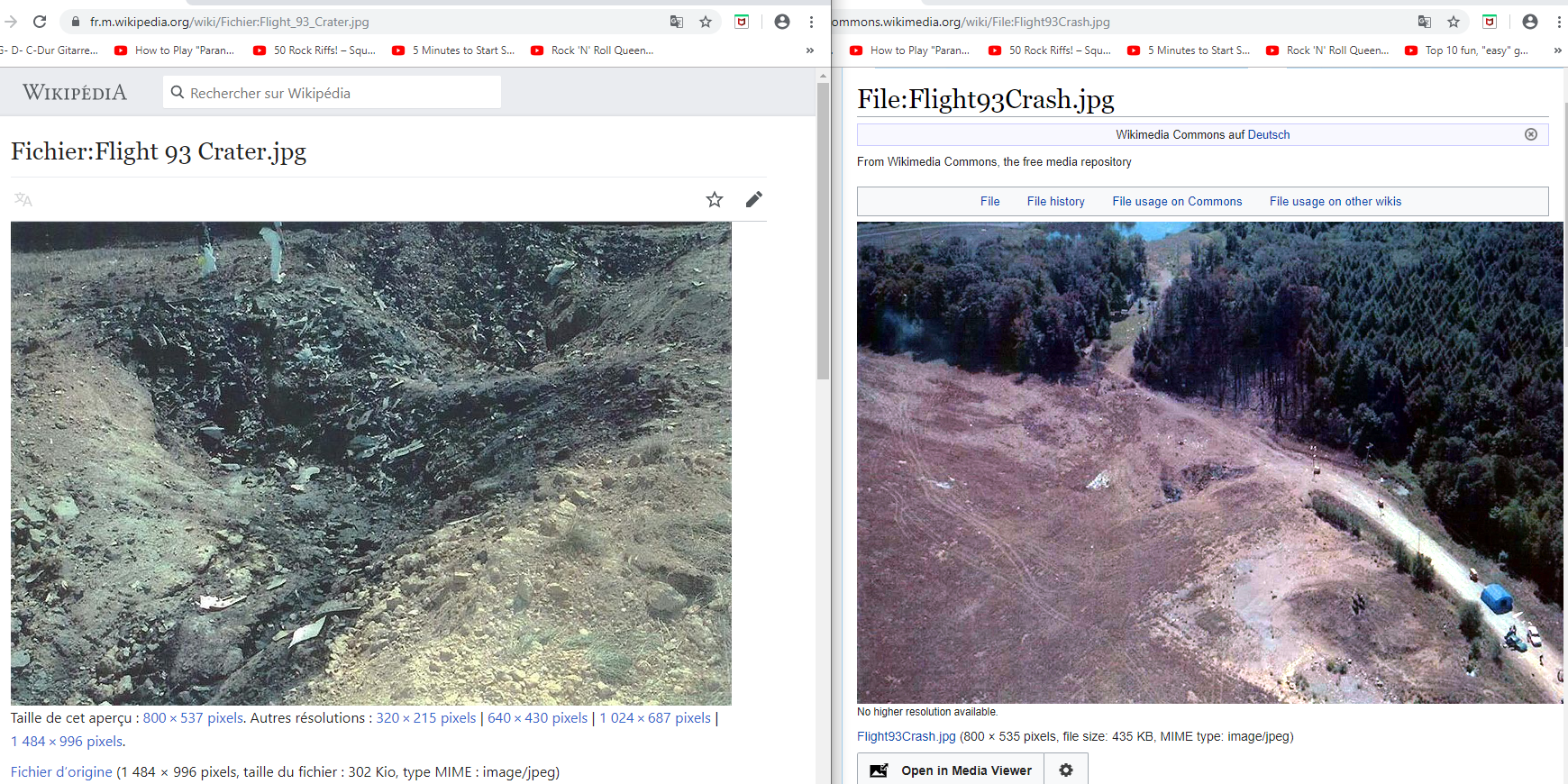 The picture above shows the official crash site of the Boeing 757-200 on September 11, 2001. One can clearly see that no aircraft could have crashed here. It is simply physically impossible. Of course you can calculate that too, but the sight of this small hole alone shows everyone that the US government’s claim that a large plane crashed here – including 44 passengers – is a rather grotesque lie. Just because of that the official story of the „9/11-Al-Qaida terrorist attacks“ collapses and you can tell if you like it or not: „9/11 was an inside job“. This is called science – everything else is propaganda lies for the „War on Terror“.

But humanity keeps its mouth shut.

Admittedly, the photos shown above were also new to me until a few months ago (of course, there are still a lot of researches that impressively refute the official 9/11 claims, but that’s not the point here). They were created by US authorities at that time and are therefore freely available for everyone. You can also find them at Wikipedia and Wikimedia. I assumed that there were only relatively bad pictures (which, however, already showed the discrepancy between the size of the trees and the hole in the ground, without the „journalists“ having admittedly mentioned it) or forgeries of the 9/11 museum available, as you know them from the news articles of the self-proclaimed quality press on the subject. But no, apart from the press releases one finds these photos quite openly. I have already used them several times in articles, but truth and science obviously do not (or no longer) penetrate yet.

Federal Chancellor Angela Merkel, Doctor of Physics (doctoral thesis: „Investigation of the Mechanism of Decay Reactions with Simple Breaking of Bond and Calculation of their Velocity Constants on the Basis of Quantum Chemical and Statistical Methods“), and her cronies have been explaining to the population for years that 9/11 was a terrorist attack. They want to fool the population. Although the opposite can be seen in the published crater pictures, they relentlessly demand that people lie for the oppression and exploitation of their own population, war, mass murder, looting and rape in foreign countries, and ultimately the destruction of the livelihoods of humanity on this planet.

All you need to do is spread these 9-11 Shanksville photos to stop this madness.